Well, last weekend was super.  Way too much to write on here tonight.

I've returned from Alberta with this bronchitis...heh...what else is new.  But I managed to renew some old acquaintances, make some new ones, hear a superb speaker talk about getting God....and letting God get us (among other things), took part in an extraordinary auction (42 people raised over $7,000. for diabetic supplies in a Haitian clinic), managed to get some photos of mountains, friend's car stalled in the middle of nowhere..stayed overnight in Kindersley...took bus back to P.A....and a whole bunch of other stuff which I may elaborate on when I'm not so tired. It will make for an interesting story...

But for this evening, I shall concentrate on Matthew, who is presently preparing for Hurricane Sandy to hit the Boston area tomorrow and Brittney when it hits the Montreal area Tuesday.  I'm just happy I don't have my children presently in B.C.!!!!...but praying for those of you who do!

Here are a few pictures I took while away last weekend... 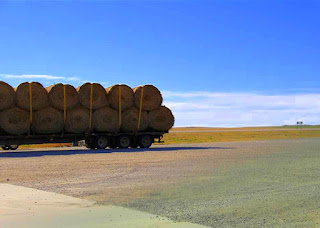 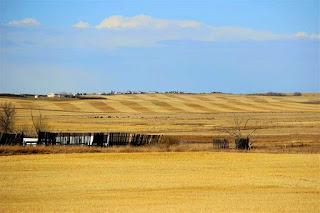 The further west, the larger the hills. 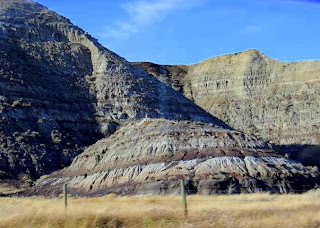 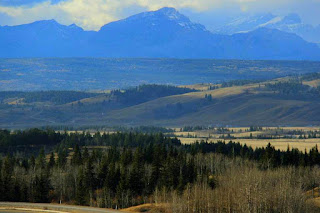 First sight of mountains through the mist. 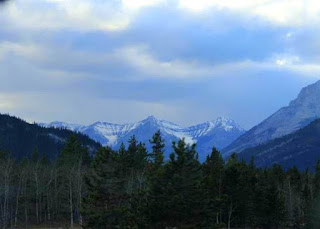 They're just as lovely as the last time I saw them. 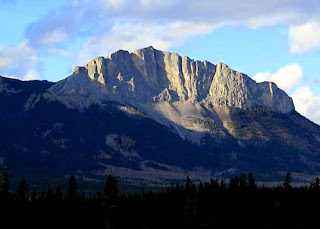 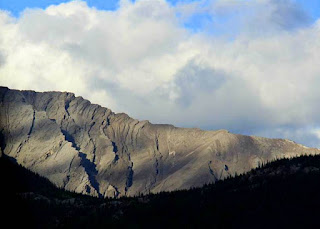 Shadows of sky and rock and trees. 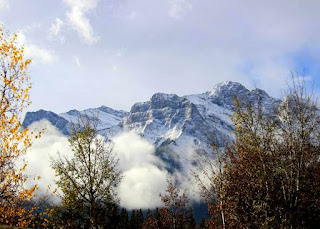 The clouds got low. 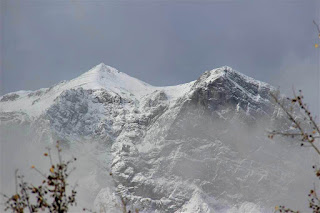 and it snowed beautifully:) 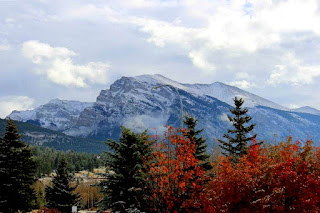 Fall colors against the beginnings of a winter fairy land. 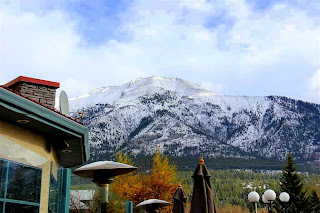 Great view from our hotel. 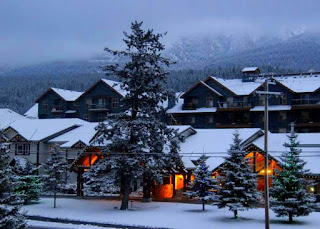 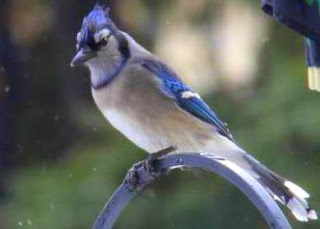 and the Blue Jay was there to welcome us home to our little apartment.

Husband and I will be leaving (by car) with our friends early tomorrow morning.  We're heading off to the mountains in Canmore, Alberta for an "Alive" conference.  Should be good!

I am, of course, hoping for sunshine out there to get some photos of those lovely mountains, but this time of the year it's like hoping to grow wings.  I just don't think it's going to happen...not that I'm negative nellie or anything but the last three trips out west (in the last dozen years) we have had to come home in a blizzard...hence, I'm not my usual positive self in this regard.:)

I will offer a couple of my photos for the silent auction we will have...just hope it pays for the frames:)

I made it through another "grocery day" with husband today.  I thought that was worth noting.

Now, the next biggest hurdle for the day will be for both of us to remember his eye doctor's appointment at 3PM....last week we both forgot :(  I put the reminder every hour on the hour so if we forget this time, it will be "string-on-the-finger" time...if either of us remember what the string is for....ho hum.....

Now, it's laundry time...and packing for the big three-day trip...heeheehee.... 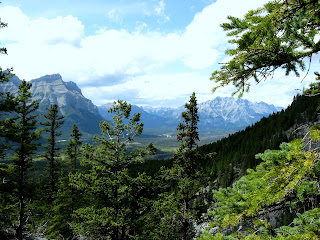 Matt took this picture a few years ago when he was in Canmore.  If I should be so lucky to get a clear day...
Posted by Sharon Kent at 1:06 PM No comments:

I really don't have anything much to say here.  I suppose I could go on about this and that but sometimes there are too many things rolling around in this head of mine to stop and get them organized enough to fully express them here.

I did dream/had a nightmare last night though.  I dreamt I was filled with bug larvae and tape worms and all kinds of creepy things.  I could see them just under my skin.  I cut open little slits in my skin and out would pop some kind of insect larvae.  I made it to the doctor and he gave me some kind of shot to kill all of them but they were just creeping me out in the meantime.

I wonder what that dream means...

Perhaps it was just that I was watching the OASIS channel before bed.  There was a program about all kinds of insects and worms and gross things like that.  Interesting but totally creepy.  I won't watch that before bed again!

At least I didn't dream of spiders!

And just so you don't have any bad dreams, here are some pretty peaceful shots I took this summer. 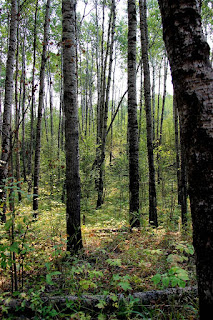 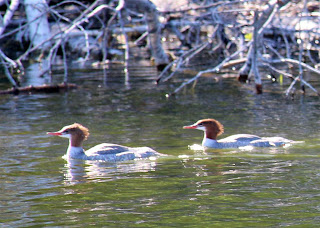 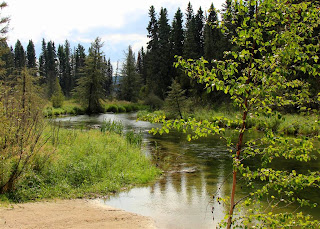 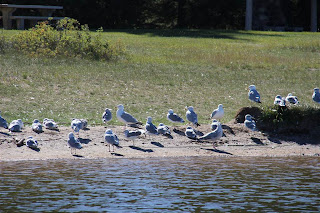 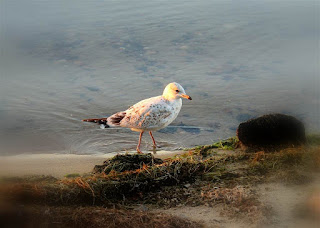 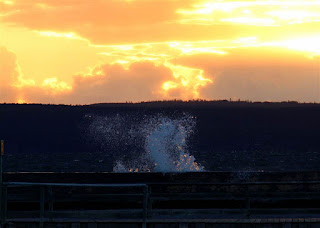 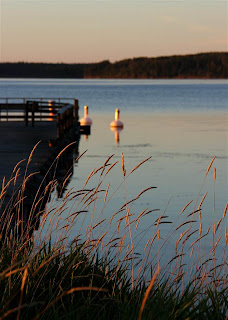 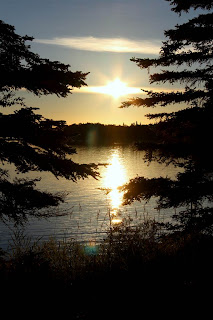 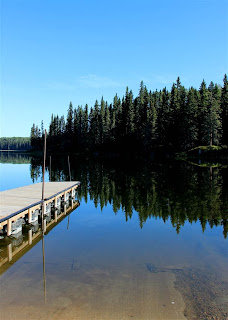 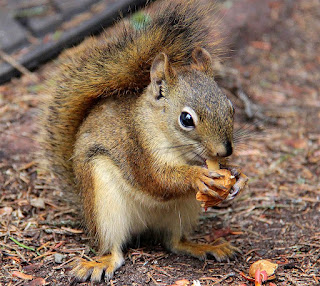 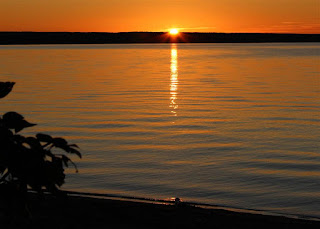 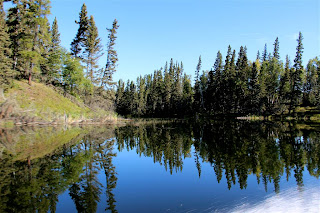 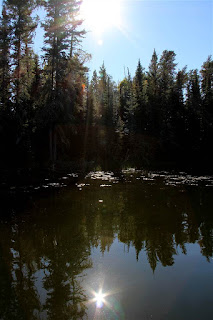 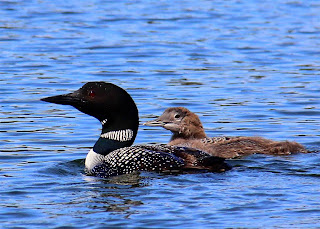 Now let's get a good night's sleep, shall we?
Posted by Sharon Kent at 10:21 PM No comments:

Ever watch people on the beach?  It's a favorite past time of mine whenever we manage to get there to enjoy the sand, sun and water.  And as much fun as sand, sun and water can be, it's the people who are more fun watching than a barrel of gorillas ....seriously.

One steamy, hot afternoon, husband and I got as close to the water's edge as we could get without actually having kids ask us to play with them! It was around noon.

There were two young gals, probably in their early twenties, who had had enough heat so grabbed their beach chairs and headed for the water, plopping themselves delicately into their sunken seats to cool their heels.  Their conversation initially was quite quiet and fairly sedate.

Every hour or so these two lovelies would get out of their water-cooled chairs and head away from the beach, not returning for a half hour or so, leaving their chairs and belongings all alone and unguarded.  They were trusting souls, these two.  The first time they left though, one of the gals hats had blown away and I caught it and placed it back under their towels which they had close to the water as well.  So when they returned the first time, in conversation, I made light of catching their hat and putting it back with their belongings.  They were ever-so-thankful.

Each time they left their chairs and returned to their water seats, I would notice a strange difference in their discussions - much more animated, quite audible to most of the folks around and when they sat, each time it was a little more direct and it seemed decorum had gone out the window, flopping down, legs splayed over the chair arms, fingers flung into the water, hats skewed to one side. One was talking about her horrible relationship with her mother and the other was being a good friend and agreeing.

By the time this leaving and returning had occurred at least four times, they made conversation with husband and I when we were picking up our Frisbee to throw around in the water.  Their speech appeared much slower like their tongues were too big for their mouths: "Awww...you twooooo going to play in the water???...howwww sweeeeeet.  Maybe weeeee could come n' get inonthefun....or noooooo, maybe nooooot.  We'll just let you two gohavefun on yer own."

Yep.  They were smashed to the gills!

Their last showing was around 5 p.m.

Their chairs remained in the water as we left.  Children were playing in them, sitting on them, using them for rock collection points and diving boards.  I do not know if the gals ever showed up again but they certainly made for some grand entertainment on a humid, hot afternoon on a Waskesiu beach:) 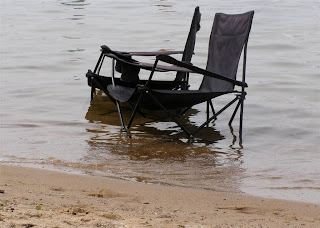 I love people watching!
Posted by Sharon Kent at 10:41 PM No comments:

Tales of a vacation...

Thinking back to our summer Waskesiu vacation...

It was a night like many others at the lake.  Husband and I went to bed early after a busy day of fishing in the heat.  So by 10 PM Ken was sawing logs and I lay awake for a bit thinking about Brittney and wondering when she would drive up to the trailer from her 8 hour shift at the ice cream shop where she worked.

As an aside, it was still July so the shades of nightfall still lingered long after 10 PM.  One could make out outlines of things but nothing really was clear and distinct.

After what seemed like a half hour or so, I still hadn't heard her enter the trailer.  I hadn't heard the car door close either.  Just when I was about to get up and see what was keeping her in the car, the door of the car slammed shut almost the same time as the trailer door opened!  I figured she had been texting or phoning one of her friends after she drove up to the trailer...that's what I figured had happened, so I simply drifted off to sleep, knowing she was home safe and sound.

Conversation happened around the breakfast table.  I was wondering why she was so long in the car the night before.

Turns out, when she drove up to the trailer and was about to open the car door, there in the bushes stood a huge black bear.  She was terrified so she simply stayed put until it decided to take off.  But she wasn't about to chance the dash to the trailer...just in case.

She waited...and waited....and waited.  That bear wasn't going anywhere.  She figured she would quietly open the door to the car, slam and run to the trailer...which she did!  Heart racing...she was safe at last.  And I hadn't even known she was in distress, battling woman against beast.

The morning also brought about a type of clarity for her from the night before. 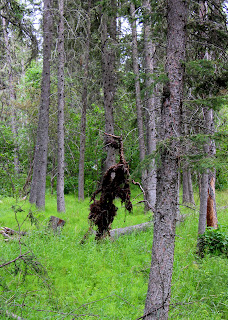 The tree stump, in shades of darkness, made for one very large and scary bear.  I think I would have made the same judgement call...

Such a great resemblance!  We did wonder, however, how a bear could stand motionless on it's hind legs for such a long period of time:)
Posted by Sharon Kent at 8:18 PM No comments: