We were close, my older brother, Garry, and I.  Not so much in proximity, (although an hour and a half away is really quite close) but close in heart.  Does that make sense?  Close in our 'heart ways'.  Close in our senses of humour. Close in our 'people ways'.

Does it really make that much difference when siblings live a ways away from one another?  It doesn't seem to make any difference at all when it comes to how we feel about each other...even if I am here....and he is there....

We grew up together.  Ate together.  Played together.  Laughed together. Cried together (when mother settled disputes!!!). Went to church together. He went his way and I went mine after eighteen years of being in the same house.  But love doesn't leave or separate. Still, I was here...and he moved there.....

Years came and went. We'd phone though at Christmas or special days like birthdays and St. Patrick's Day and days to tell one another that this one or that one had passed away....or election days!  But with a family in tow, it wasn't easy to jump into the car and go for a visit...for either of us.  Especially when I was here...and he was there....

Our family members...one by one....died.  We comforted each other as best we could with tears and words and hugs.  Even when he had been very ill, he managed to come and be with me as we grieved together the loss of a younger brother, a father, a mother...we were family...and he and I were what was left. I was here....and although he was there....he selflessly came here.....

And so, as I grieve with tears at his memory and my loss, I look back on our lives together...yet apart.  The way it is supposed to be.

Still, even though he was in the hospital in his last days, saying he didn't want visitors, I am needing to come to terms with not going to see him. I knew him well enough to say he had a subborn streak a mile long, not unlike my own:)  so I was appreciating his wishes...and not going to him.  He would be out in a few short days, I was told.  It made me anxious with his blood pressure so low...that I was here.....and he was there.....

Now, the end of his life has come.  New life is happening in that sacred place for him...a place where I cannot yet be....yet, for now....I am here....and he is there....rejoicing!

Yes, as hard as I try, I just cannot avoid it.

I've attempted to hide.  It found me.

I ignored it. It grabbed me.

It hit me over the head...and crushed me! It seared my soul to it's depths.

The sting of death has not overtaken me and I live on.

My older brother, Garry, died last night. The sting of that hit me hard and fast like a lightening bolt. He wasn't content with how his body had been treating him for the past 29 years.  There were things he overcame...major physical barriers...but he kept on...fighting like the fiesty Irishman he was until there was no more left in him to fight with.  He finally let go....

He was a fellow who spoke his mind...always...except if he thought it may hurt you too badly.

He laughed a lot and enjoyed the humour in everything.

He teased...how well I remember as a young girl being teased by him...and NOT liking it!

He was a heart man...in every way! He cared deeply for his family and loved them all unconditionally.

He was a sportsman.  From golf to goose hunting....and everything in between.

I liked him as a person and admired him for his ability to get things done.

He worked hard and was a store manager who not only managed...he worked WITH his staff...rolling up his sleeves and digging in. I admired that about him, too.

He was a wild and crazy kid as he grew up.  Flying around on his bike...then racing around in his car. He loved life and living it.

The sting of death has crept into our lives for a time.  I know it will leave...eventually. In the meantime, I shall endure it's pain because when you love, you are called to endure as well. Love is like that...offering up it's sweetness and goodness in another...and then it is gone.  But not without leaving a part of it behind...in us.

I said to Ken tonight as we sat and chatted about Garry at the supper table, that I have no fear in death...I do, however, have a certain fear of dying.  The passive and the active.  Death will be freeing. Death will usher me into a new place, a good place where I have never been before.  But the dying is the active part...where the suffering, the sickness, the fear comes in. It would be great to skip that part!  But that isn't what life offers.

When we have a belief in something beyond life, it gives us a great deal of hope...hope of something better, a place where love is, a place to be away from suffering and the sting that being left behind brings. A place where God is present.  I don't really know what that will look like but I like to think it will be grand...just grand.

So, here's to you, dear brother Garry, and a life well lived. Thanks for being a part of it with me. you were loved...deeply...and sincerely.... 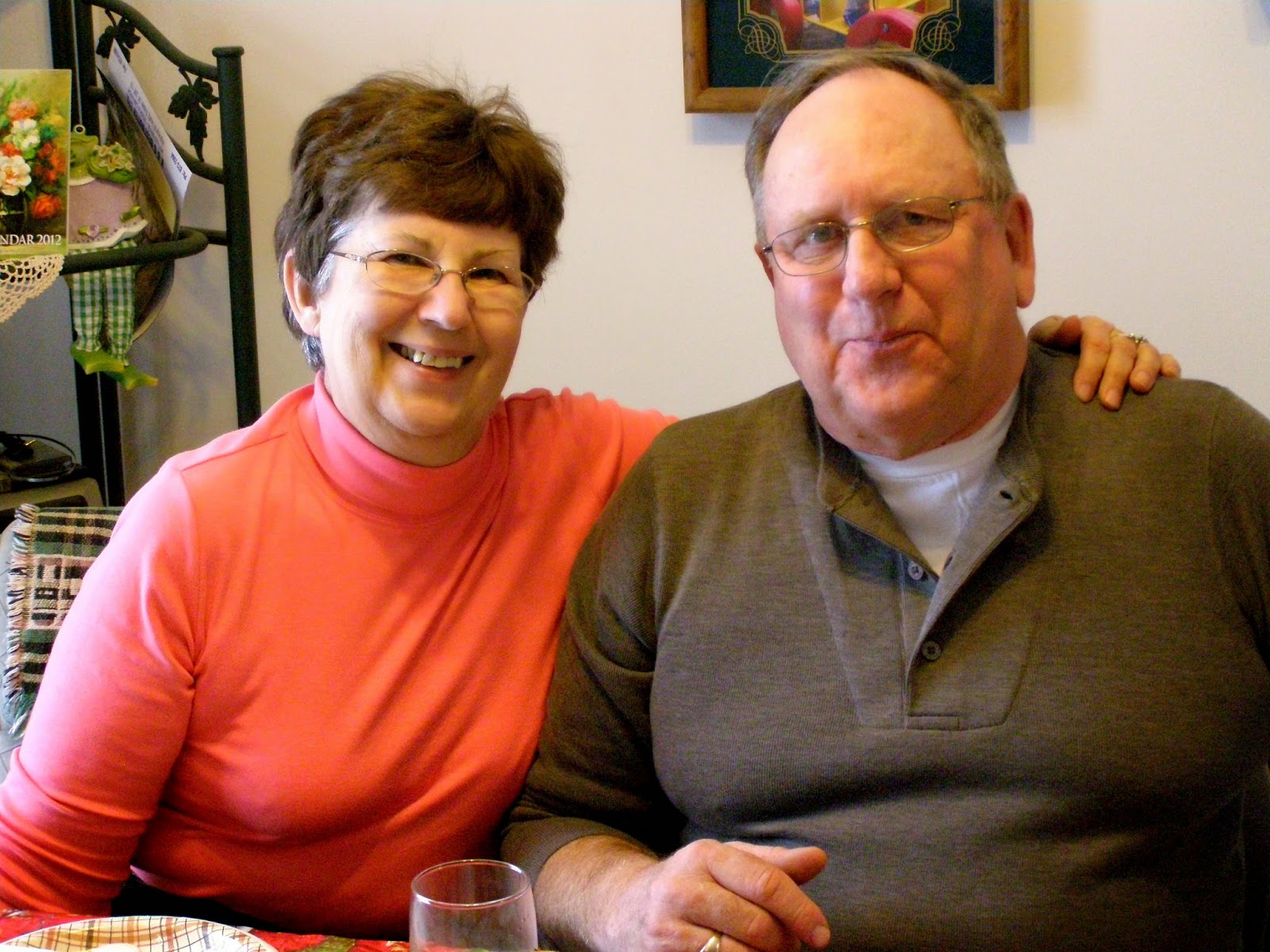 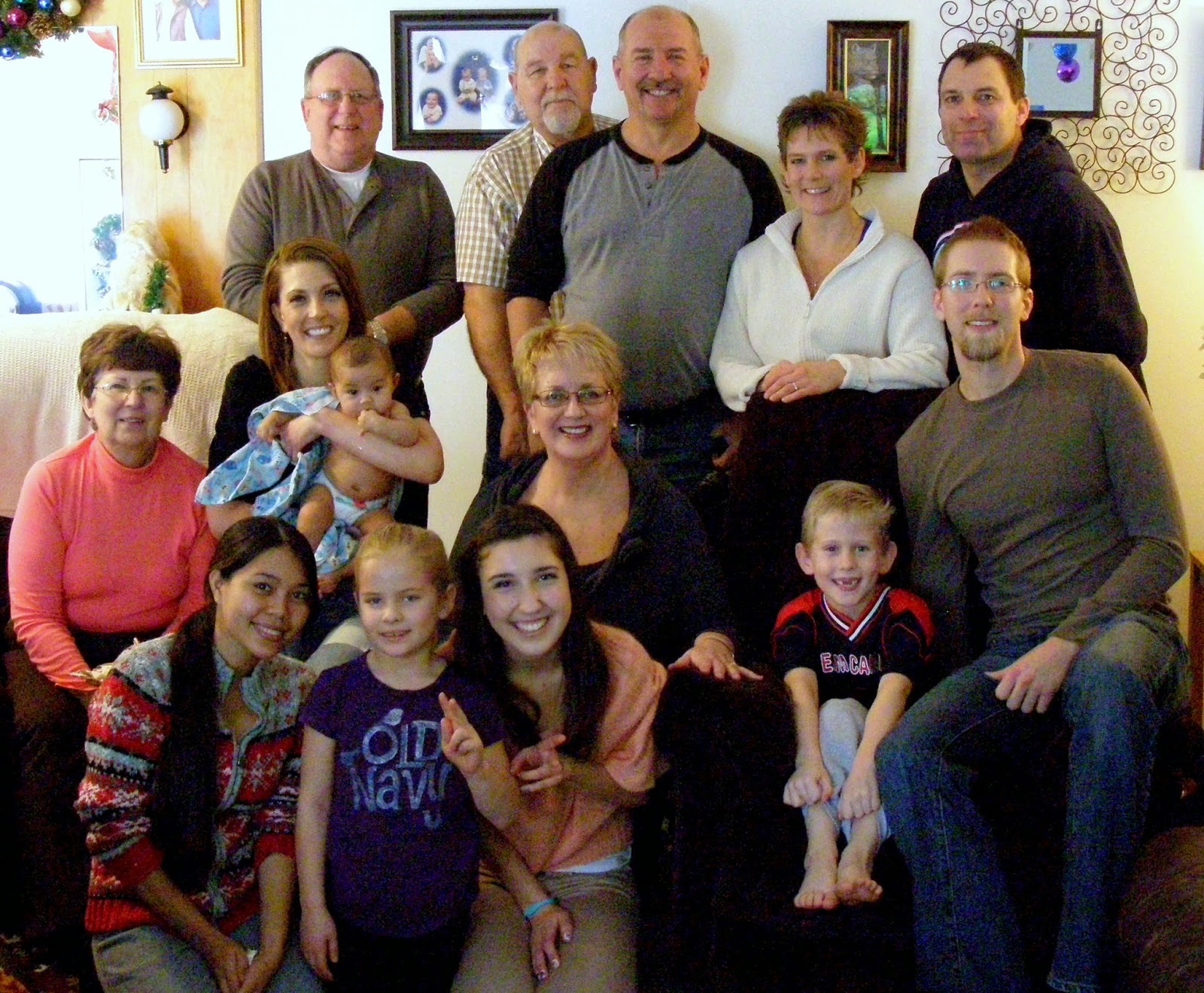 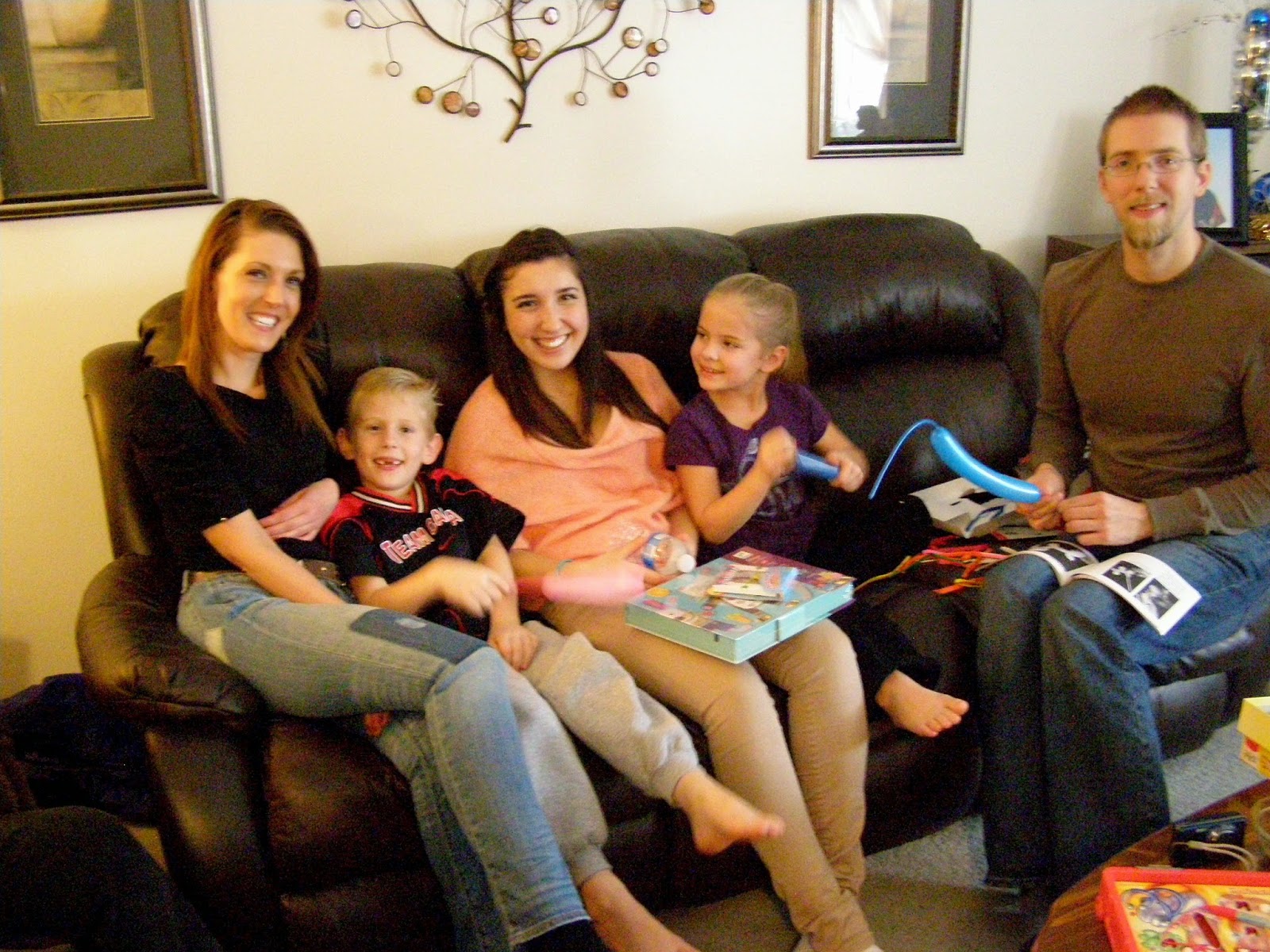 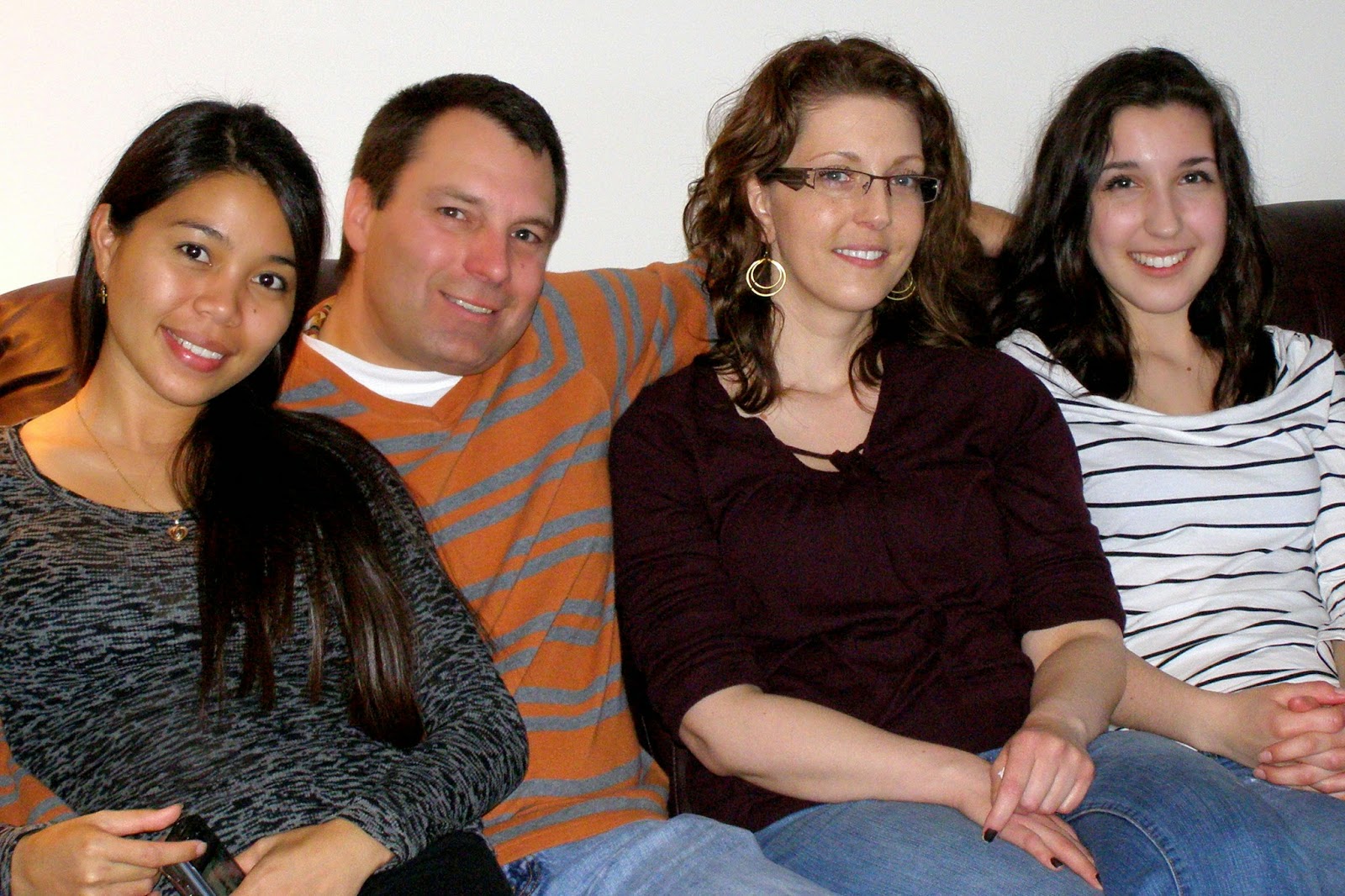 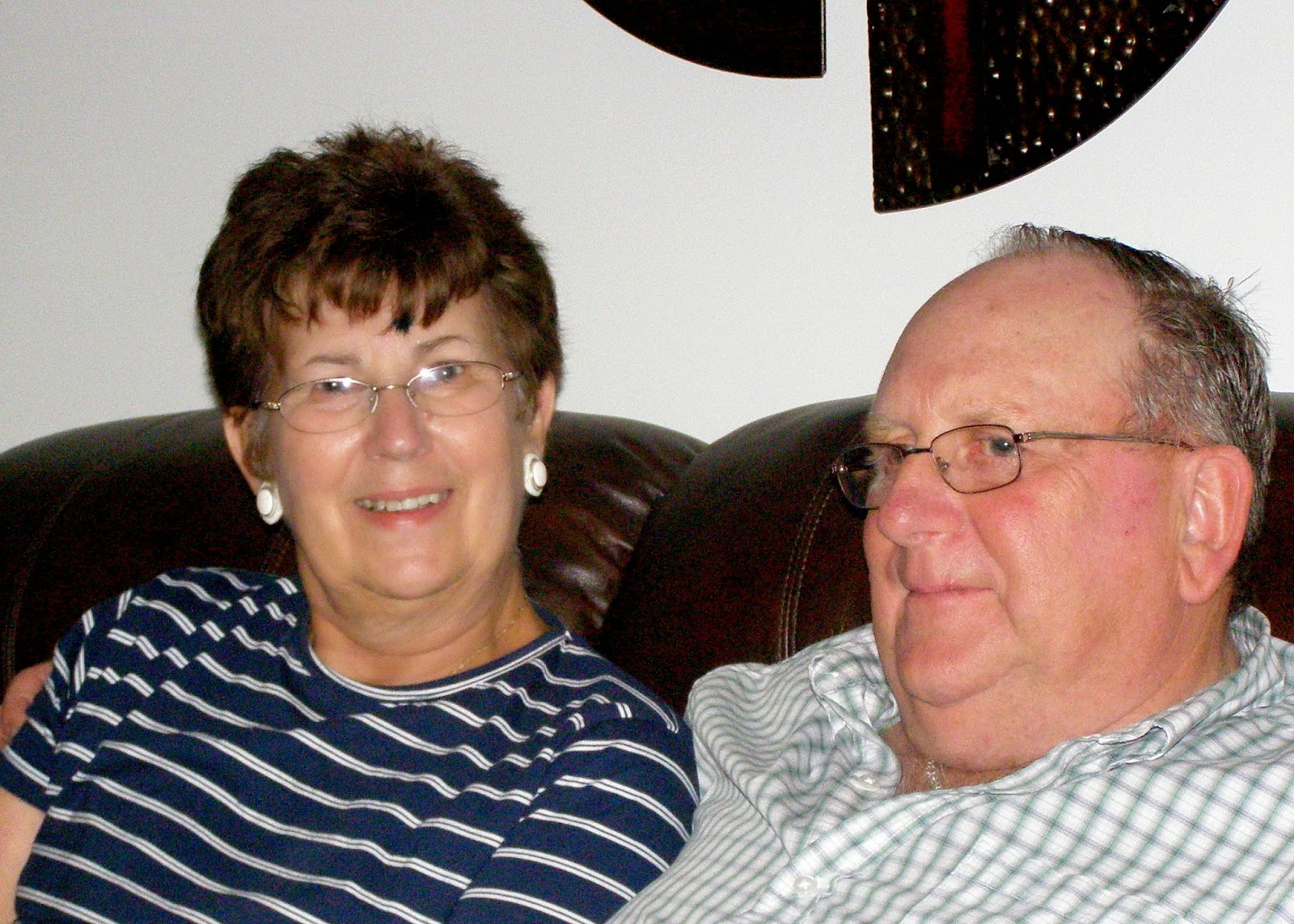 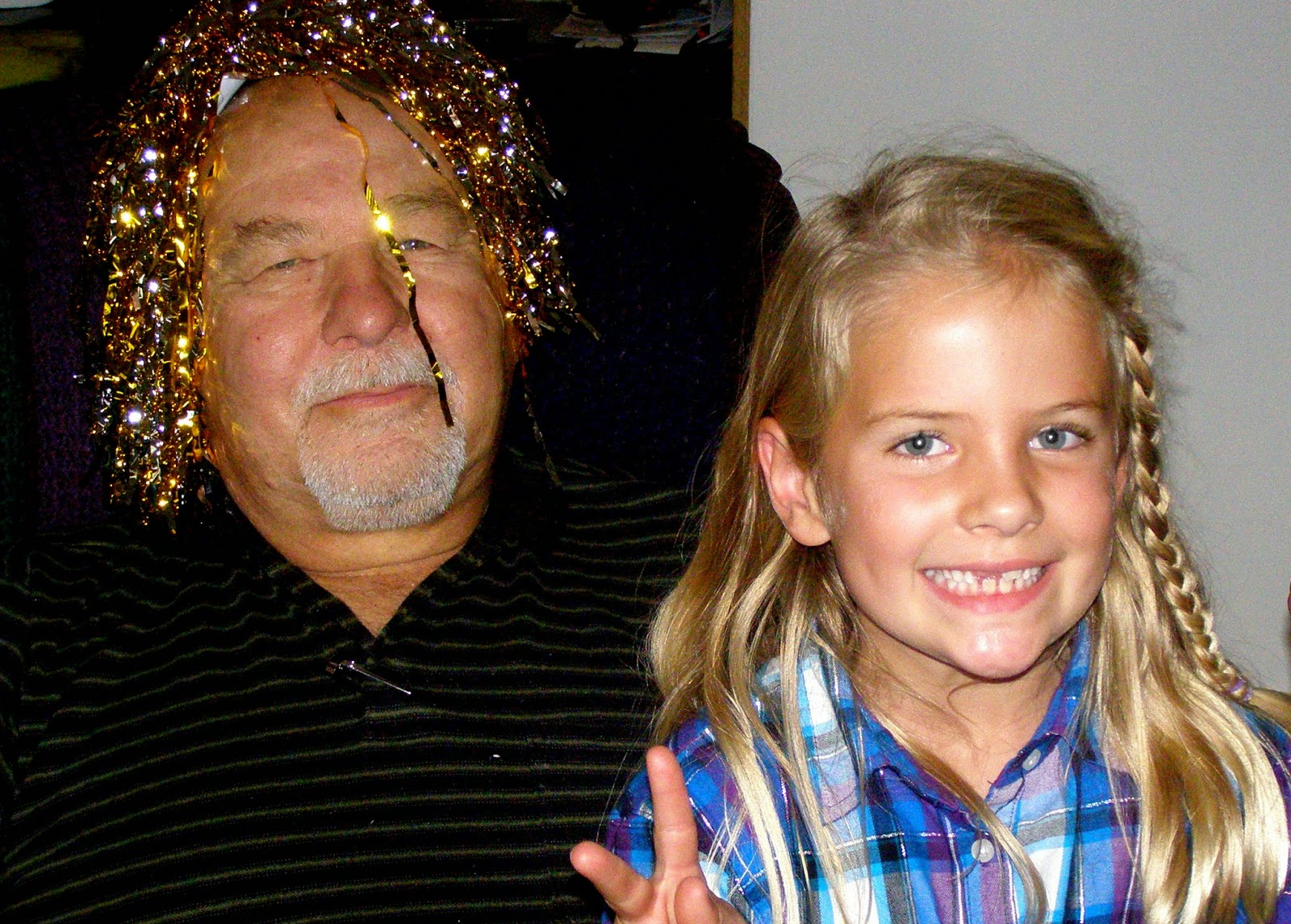 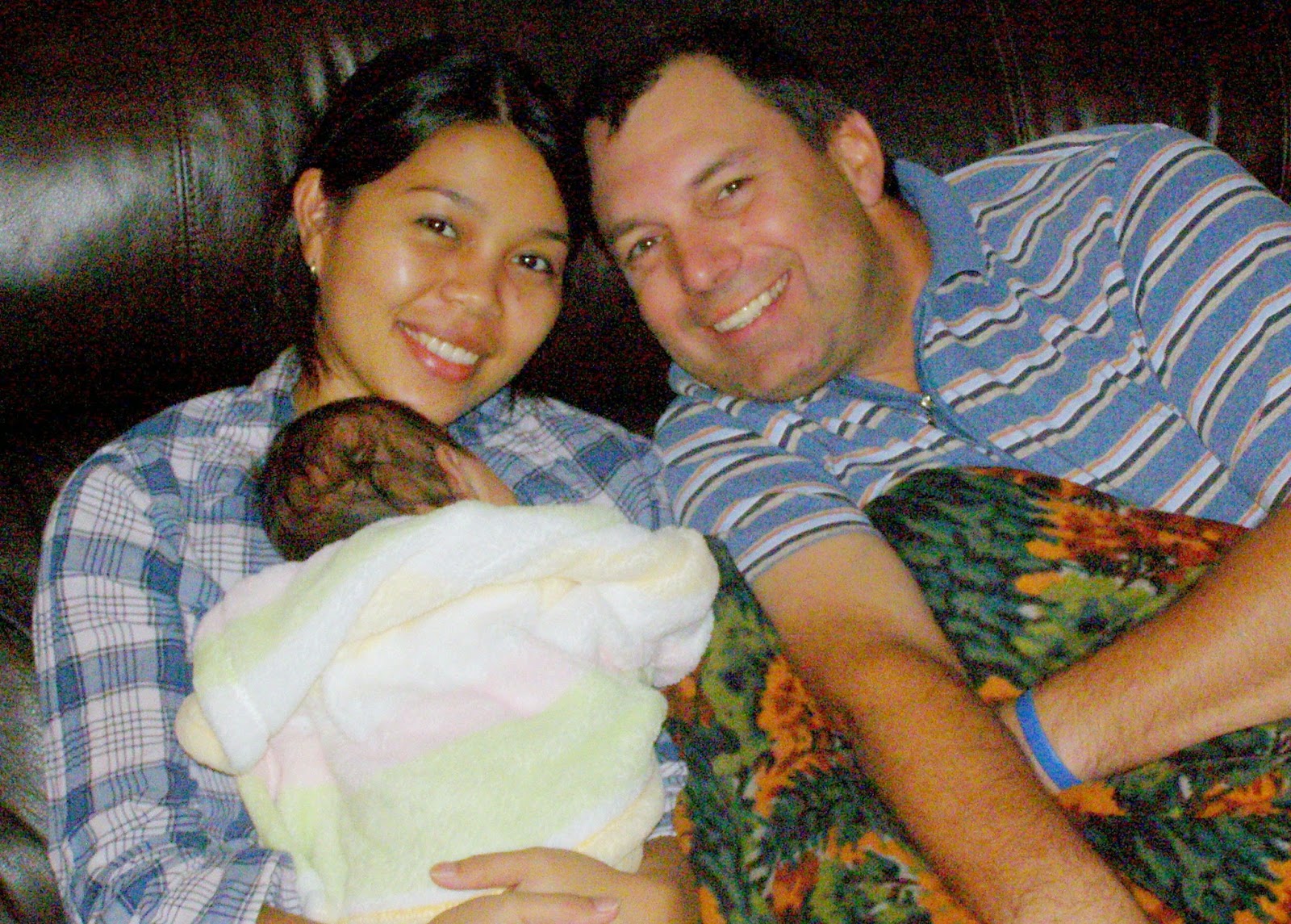 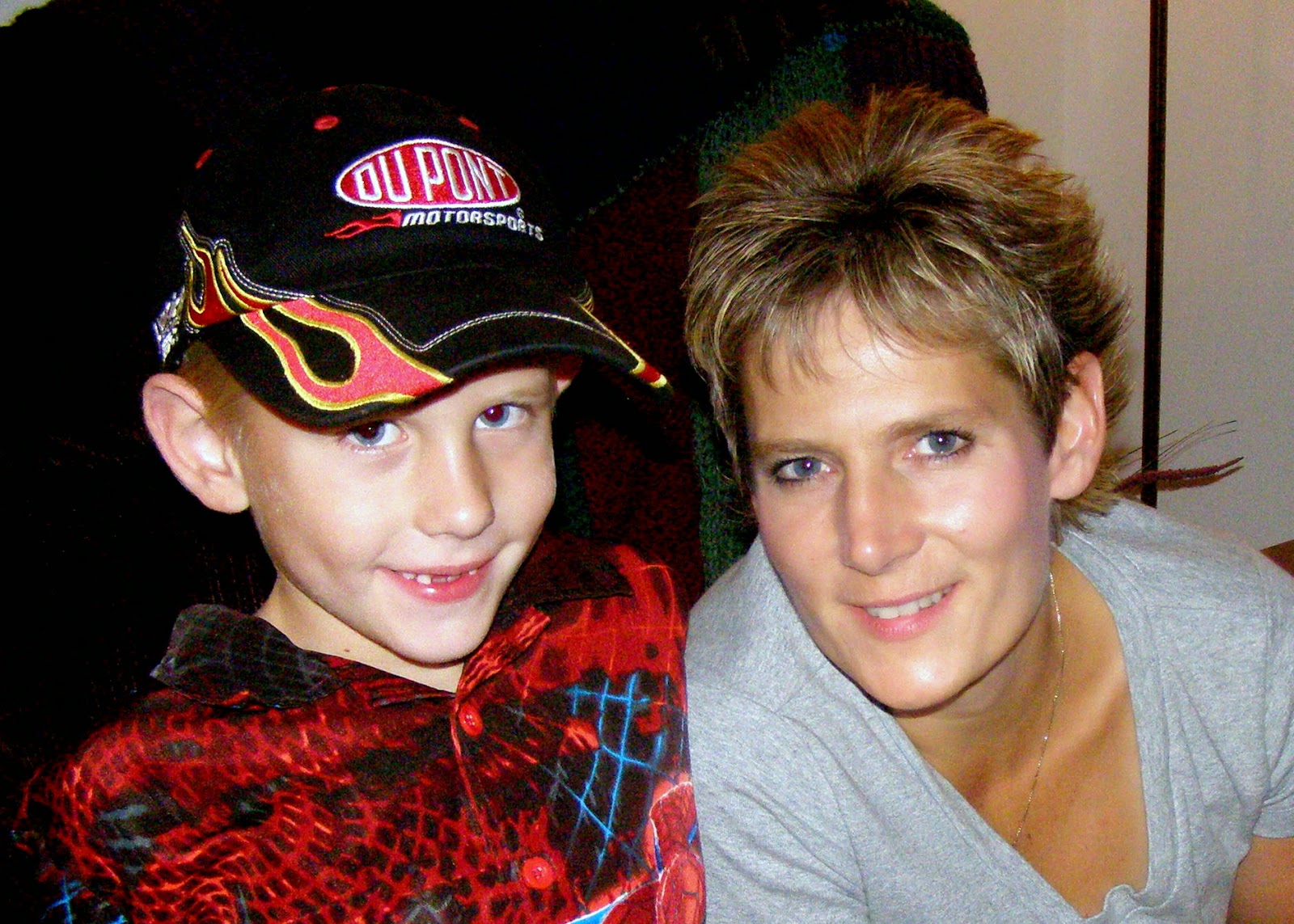 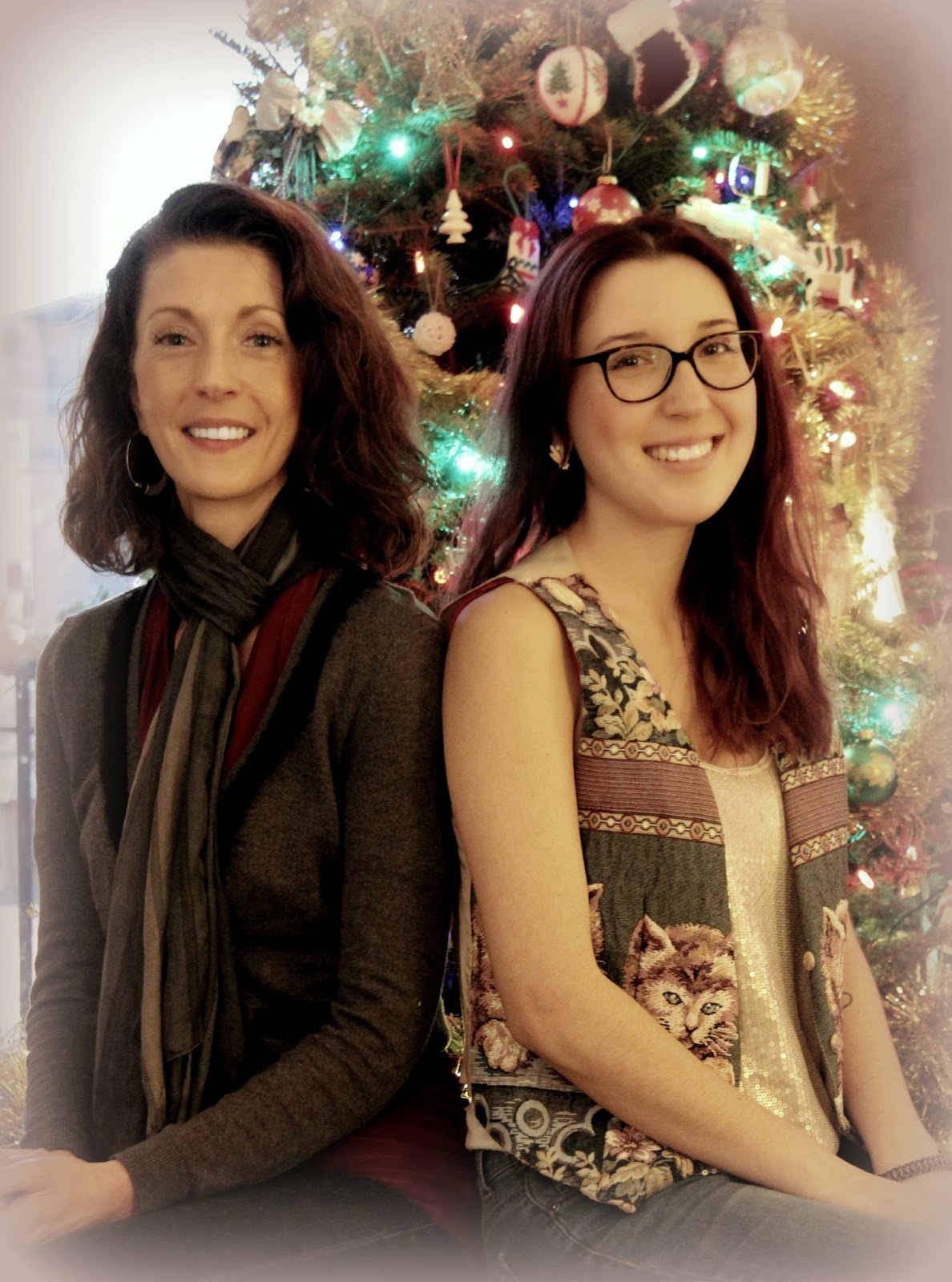 Well, that was a long dry spell! Nine months to be exact.

Life can do some pretty crazy things in that period of time and my life is no different.

There have been major moves.  You know, Elvis type moves...hip wrenching, foot twisting, back breaking kinds of moves that made life quite different for Ken and I.

I had gotten pretty used to having Matt live away from home and to have him come home a couple of times a year to say hi, and get caught up a bit on his life. Although, having him at home for several months last year was a time that will not soon be forgotten. It was good to simply have his presence here even if it meant he was gone a good part of the time visiting, helping, volunteerng and the like. So now that he is once again back in Winnipeg going to university, my mind is readily prepared to not have him close by any more. But in my heart, I miss him terribly.

And this year when Shannon moved to Saskatoon, that hit me pretty hard.  I had been used to having her around...not literally in our house, but close by.  And she's a communicator! I appreciate that about her so much probably because I'm not much of a talker.  I enjoy hearing about her life and the expressions on her face as she speaks of it.  I always know where she stands, pretty much. It's always been that way.  She has always been a strong, selfl-sufficient person, too.  I am not so strong. She's a talker.  I'm a listener. She enjoys being outdoors. I'd rather sit in a blanket on the couch.  We're pretty much opposites. And yet, I miss her presence, even though she is close enough to go and visit now and then...I miss all those things about her.

Then there's Brittney.  Our one and only grandchild. The young woman that comes into our home like a strong, warm breeze and fills us up with herself. Her laughter. Her gentleness. Her grace. Her sweetness and liveliness!  Her open and heartfelt love for her Grammy and Grampy. And having her live in Saskatoon too, has left us with an open spot, an unfilled spot which no one can fill but her.

Yes, it's the realization that a human being can make another human being's life and existance feel worthwhile. That children and grandchildren are a true blessing from God. That life takes on various looks and feelings because of various person's presence or lack of presence in our lives.  It is good that we get to choose how we will react to these changes. Some people live miserably lonely lives without their loved ones. Others do quite fine.

I think Ken and I are in the "quite fine" category. We find ourselves feeling lonely at first when these loved ones aren't in our presence but by the grace of God, we get our bearings for life again and carry on with living. We appreciate being with our children but we also appreciate being with just each another.  We're finding there are still things to learn about the other, or perhaps it's the fact that we, like our children, are changing into different people than we were 10, 20 or 40 years ago and there are things yet to figure out.

I guess all of this was spawned from our friend losing his wife.  He speaks of appreciating one another while people are here to appreciate, for life can end all too quickly. It's a truth. Yes, we find that we can live without a person we love, but it takes time, time to heal the lonliness, time of adjust without that person, time to learn to live alone once again.

The journey of life simply continues on it's way, with us or without us; with our loved ones or without them and THAT is another truth of life. It's how we eventually face that truth that can make life worth living again....or not.....

So, here's to a New Year.  May it show us new things about ourselves and give us a great deal of hope to live a worthwhile and productive life, while we are still able to do so! And for those who live with the sting of death haunting them each day, may that sense of hope gradually, slowly overtake you and give you peace...